Content warning: This interview discusses the sexual assault of a minor.

Our Little Secret begins with a fly. Saliva drips from its maxilla, poised over a crumb on a rough wooden floor. The fly dominates the panel as both metaphor and omen, and in the background, more flies zip through the air like waiting harbingers.

“They do represent creepiness and decay,” says Emily Carrington, author and illustrator of Our Little Secret (Drawn & Quarterly, March 2022). “Flies are creatures that live off old rotten things, and they’re never really good. They’re just gross. So that mood, I think, is important for a story like this.”

The story is Carrington’s debut memoir, and the flies are appropriate. They were a constant presence in her adolescence. Swarming the air of her father’s cabin and finding their way into her breakfast scones. But they also circle the rotting carcass of a secret Carrington, now in her fifties, shares with us: an older neighbor sexually assaulted her in the 1980s when she was 15.

After her parents’ divorce, Carrington lived with her father in a poorly maintained shack on Canada’s Prince Edward Island. She found joy riding her horse, caring for her farm animals, and in the relative freedom she had as a teen. When the conditions of her home life worsened — her father was brusque and unkind, their home was ill-equipped for the harsh winters — a neighbor, her father’s friend, welcomed Carrington into his home so that she could have meals, baths, and a warm place to sleep. And it was later that this friend, Richard, began to sexually abuse her.

At times painful and heart-wrenching, Carrington balances the trauma of her story with her pursuit of justice and attempted healing. Her words are bold-facing, never wavering in their power.

We spoke over Zoom about the failures of the justice system, shame, and being a witness for one another.

The character Lady Justice appeared midway through the story. She’s an interesting character for me because she appeared as a disadvantaged woman. She’s obviously a single parent. She’s raising a kid. She’s being hosed for her daycare fees. She’s at the mercy of the system, and nobody’s helping her. She’s a pawn and she has no power at all. But just justice itself? I don’t feel like I got justice. I struggle with this. But I think justice is not very easy to get in the current system that we have. This system’s been around for a long time, and it seems to be horribly outdated. There really hasn’t been any upgrade to its basic structure that I can see. It’s sort of a flip of the coin. Maybe you get justice. Maybe you don’t, and you don’t really get resolution or healing or anything else from the justice system.

Would you categorize your book in the restorative justice genre?

I think it’s more in the failure of justice category. I thought about this a lot, and I don’t have an answer. These are the types of things I think about regarding what restorative justice would look like. It would look different from person to person, I’m sure. I would have liked to have gone through the criminal or civil justice system and gotten a good resolution, but I didn’t. So maybe restorative justice would have looked like, to me, is a public apology from Richard and admitting what he did. And enough money to at least pay for counseling. At the very least that would be the start of restorative justice. Since I didn’t get either of those things, I’d have to call it a failure of justice.

I’m glad that you’re being honest because I think a lot of times when we talk about issues of assault, people are looking for the happy ending. I think it’s important that we talk about how sometimes we don’t get a resolution. Sometimes these things are open-ended.

Right. And I think the way the story worked out, fortunately, is to say, you can fail at getting justice in your goal and you can still be okay. You know, it’s not great, but you can still be alright.

Shame can be like a cocoon that we wrap ourselves in when we are abused or assaulted. In your book, you talk about how shame affected your relationships with men and then when you saw Richard again [years later] on the ferry. Do you mind talking about that or what it’s like to address your shame?

I think shame comes from whatever we’re taught when we’re little. So, it’s not a product of the exact events, you know? You can be ashamed about any number of things. You feel different types of shame all bundled into one. At the time when I grew up, society expected young girls to be chaste and to repel the advances of boys or else they’re sluts. I failed to stop Richard. I failed to stop him so that’s shame. Everybody has a bubble around them of their personal space. It’s also a physical feeling of shame that somebody has gotten through that bubble that you didn’t want to get through that bubble. So that’s another shame. The people that were supposed to protect you didn’t, and for some reason that that makes you feel shameful. There’s multiple layers of shame. I do understand and always understood that when a child is abused, it’s not their fault, but it doesn’t stop you from feeling it.

Shame, I think, is also interwoven with fear. And sometimes I have a hard time teasing them apart. The shame that you feel is also interwoven with the fear of what will happen to you if you tell, and there’s the fear that the abuser is going to deny what’s happened. Then you have more shame, because now you’re a liar, as well as a slut. It’s hard to get over shame without getting over fear as well.

Are you are involved in activism related to sexual abuse survivors now?

I tend to do things that are more behind the scenes like writing this book. I hope that activism comes out of this book in little ways. If I see an opportunity where something I might say would be really helpful or useful, then I would, at that point, do whatever. But I’m hoping that promoting this book and trying to get people to read it is a form of activism because there are messages in the book. I think what I liked about the book is that you can see with your own eyes what happened. And I think that adds something.

Earlier you mentioned that child sexual abuse is a crime without witness and now you’re allowing the readers to witness what happened to you.  Can you talk more about what that witnessing looks like? In some scenes, it feels like you’re in an interrogation room and you’re giving your witness statement.

If I was really sitting and telling a story to somebody, they wouldn’t see the pictures, they would only hear my words. I just wanted this to show how a child abuser works. And, you know, my examples are different. The details are different. But the general structure of what they do is identical in almost all cases. And to illustrate it because, when you look at something with your eyes, most people retain it and believe it more than if they just hear it with their ears. So, I just wanted to allow the reader to be a witness to what happened to me, but more importantly to what happens to every child sexual abuse victim because the first thing that any child abuse victim is going to think is, “Will anybody believe me?” Because there are no witnesses. And I’m sort of saying, “Yes, there was a witness to what happened to you,” and now everybody can see it with their own eyes.

You’re giving voice to yourself, your younger self, and also to other people who are victims. 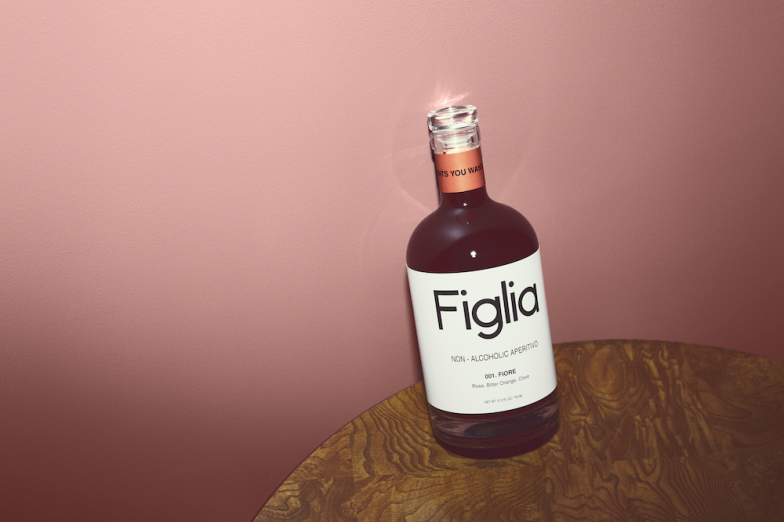 The part I appreciate most about the Figlia brand is the focus on self-reflection, connection, and acceptance.